If you haven’t already noticed, I read a lot of books. By doing so, I find a lot of books I love. Whether it’s due to the story line or the characters or even the world-building, I have too many so-called favorites to properly list them all. But every once in awhile, I stumble upon a book that is so much more than just “a favorite book.” It’s more than just a book I love. It’s a book I find myself completely, unabashedly enchanted with.

I wasn’t expecting to fall head-over-heels in love with The Disappearances by Emily Bain Murphy, but that is exactly what happened when I read this YA historical, magical realism novel. (And I also discovered how much I love magical realism.) 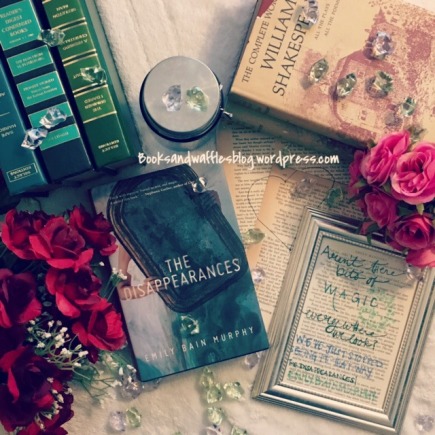 In the town of Sterling, every seven years something disappears—scents, stars, reflections, even dreams. When Aila Quinn’s mother dies and her father is shipped overseas to fight, Aila and and her brother are sent to Sterling to live with the Clifftons. Once there, Aila starts to wonder if her mother had something to do with the Disappearances and by following the clues her mother left behind, if she can find a way to solve the mystery.

For me, The Disappearances didn’t sweep me away in a flashy whirlwind of excitement. Not like a lot of fantasy stories do. Not like Lord of the Rings or Narnia did. No, instead, it took me by the hand and gently tugged me into the story, into the lives of these characters. Nothing about The Disappearances is flashy or quick. There isn’t a whole lot of action or exciting, heart-pounding moments of momentum. (But when there is, it definitely pays off.) It’s slow, and it’s soft. The mystery surrounding Sterling and the other towns, Aila and her mother, and the Disappearances unfolds across every page of the book, peeling back each layer, one at a time.

That being said, the plot twists and the points of conflict did leave me gasping. I had to remind myself to breathe while reading this book, not because there was anything shocking or frightening about the story. There were just moments that simply took my breath away and left me feeling giddy and fluttery. Every word seemed to soak into the story, bringing it to life in an utterly enchanting way. The details of the town, of the historical setting, of the way Aila sees the world—it all stole my heart.

Hope is a thing with feathers.

In addition, the characters collided with me in a way I wasn’t expecting. Each character had depth and complexity. There was no “this character is bad” and “this character is good.” Or this character is perfect and this character is flawed. They were all, even the antagonist and some of the minor characters, rich with life. They felt like people. I wanted to become best friends with Beas, and I wanted the comforting words of Mrs. Cliffton to reach my ears. My heart even ached for Eliza, despite how rude she could be at times. (I personally want to think Emily Bain Murphy for what she did with Eliza’s character. That was so well done and important.) The relationship between Aila and her brother Miles was also wonderfully written. They love each other, but there is tension, there is the sibling rivalry and tendencies to tease one another. It was refreshing to see such a realistic brother-sister relationship portrayed in a novel.

Of course, my favorite relationship in the novel was between Aila and Will. Maybe it’s because of the name or because many of the descriptions reminded me of my slimy frog, but the relationship between Aila and Will was so invigorating and breathtaking and… enchanting. Just like the mystery and the story, their romance unfolds slowly, one tender moment at a time. It isn’t rushed. It isn’t love at first sight. It doesn’t contain the typical YA lovey-dovey tropes or progression. (Thank goodness.) It is soft and sweet, and it stole me away. Even after I put the book down, I continued to dwell on those beautiful moments so much so that I’ve flipped back through the book several times to re-read passages because my hopeless romantic heart couldn’t quite get over it.

Like I said, I’ve read a lot of books. And a lot of books share in the experience of young love or first love. But until I read The Disappearances, I don’t think I found a book that quite captured how I felt—how I feel—about falling in love. That connection along with the character’s name being William just shredded any hope I had of making it out of this book without sobbing. (And I most certainly would have sobbed more if I hadn’t read the majority of the book in the presence of other people. I have to save my weeping when I read it alone.)

(Also, William Cliffton has easily moved onto my list of favorite literary gentlemen, right up there with Gilbert Blythe, Mr. Knightley, and Almanzo Wilder.) 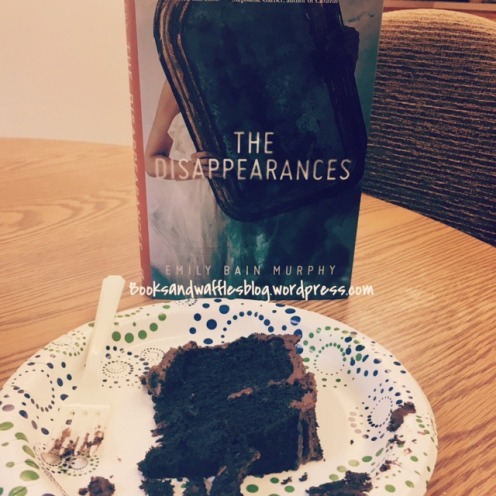 The Disappearances didn’t sweep me away in the tradition sense. It tugged at me, one heartstring at a time. I adored the connections to Shakespeare and his plays that were strung along with the plot. I liked the glimpses of the antagonist’s thoughts and how he fit into the bigger picture of the Disappearances. I loved how the magic of the story spoke to my soul with every turn of the page. As much as I love daring adventures with dragons and brave battles and big, sweeping stories, my heart has been stolen by this soft, slow magical realism story.

This book has not only earned the spot of my favorite book of 2017, but it is in my top favorite books of all time. Already I want to pick it back up and read it again, to experience the story over and over. To allow each page, each word to soak into my soul. I don’t think I could ever properly list all of the reasons I love this book, but it’s books like this that remind me why I read. It’s book like this that remind me that there are bits of magic everywhere we look. Emily Bain Murphy, you did absolutely splendid with this story, and I am eagerly waiting for more.

Aren’t there bits of magic everywhere we look? We’ve just stopped seeing it that way.

~I received The Disappearances by Emily Bain Murphy through an Instagram giveaway. I was not obligated to write a review but chose to do so of my own free will. All opinions are my own.~

10 thoughts on “Book Review: ‘The Disappearances’ by Emily Bain Murphy”