The Last Battle was the last book I read in 2019, which I find fitting since I spent half the year revisiting Narnia after so many years. This is the book that I remembered least of all. There are moments I could picture, but there weren’t many and most of them were about the end of the story.

I always remember the part about Susan because the first time I read it, I was talking to my dad about it and my sister, who hadn’t finished the series, overheard and got mad at me for spoiling it!

But this time around, I realized how sad this book is. There were so many moments of darkness and terror, of horrible acts and heartbreaking events. There’s deception and fighting, loss of faith in Aslan, the horrifying Tash, and the destruction of Narnia. While I understand why C.S. Lewis chose to depict this—turning it back to faith and the end of time—it’s not easy to read. 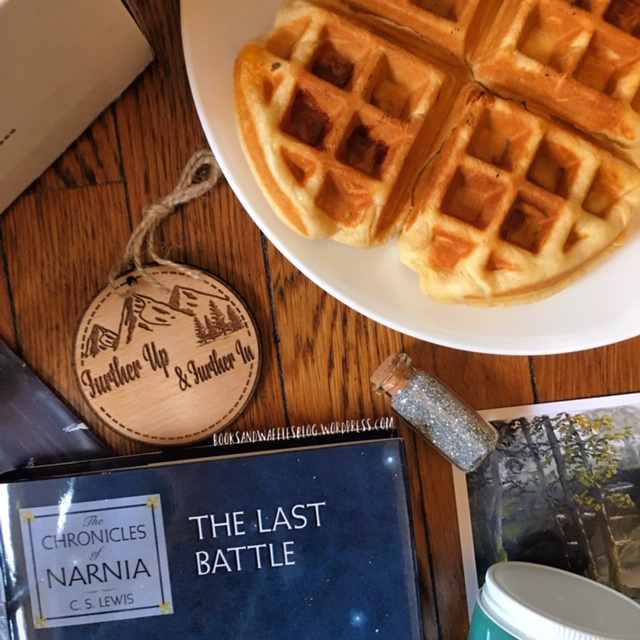 In the midst of all the darkness, though, there are moments of hope. It takes a long time to get there, but the latter half of the book is so much brighter, so much more meaningful.

I love that King Trinian, despite some of his less admirable actions, doesn’t ever give up his faith in Aslan. Even when the world is screaming at him otherwise, like Puddleglum, he doesn’t give in. He holds on to his hope. He calls out to him, and Aslan answers by bringing Jill and Eustace to assist him.

“But courage, child: we are all between the paws of the true Aslan.”

I love that when they go through the stable, they end up in a better place. They meet the kings and queens and adventurers (Digory! Polly!) of old. And the way C.S. Lewis describes everything in the “New” Narnia is marvelous. I’ve said it before and I’ll say it again, Lewis isn’t just amazing at characters and plot, but his words conjure such immense feelings and vivid pictures. It’s astounding.

But there are two parts that stick out to me the most. One is that both a dwarf and a Calormene end up in New Narnia and end up believing Aslan, no matter what they’re fellow brethren believe. And that says a lot about C.S. Lewis’s own beliefs about God and Heaven. Anyone—no matter your past, your gender, your race, or your previous beliefs—have a chance at eternity with Christ. Because one dwarf among all those stubborn, grumbling dwarfs found hope. One Calormene among those with a different belief or no beliefs at all understood the truth about Aslan. I love it. 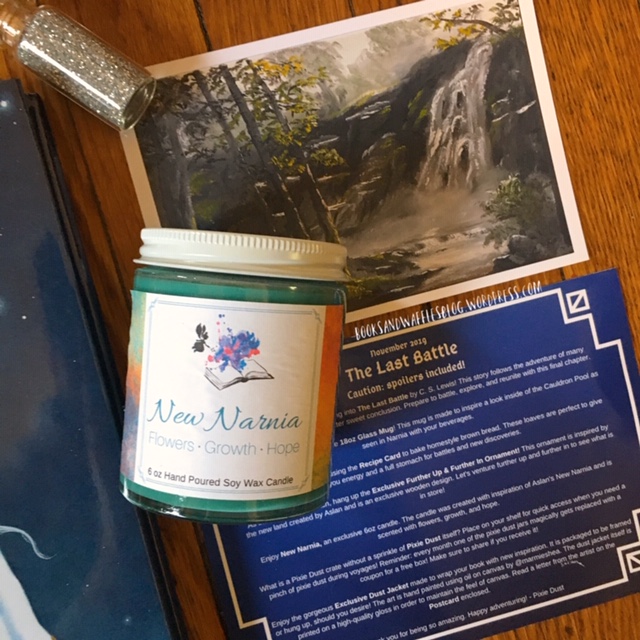 The other part I adore is at the end when they run and jump and climb to the New Narnia and they are reunited with old friends. When they meet Reepicheep and Caspain again. When Frank the Cabbie, the first King of Narnia, and his wife arrive. When Digory and Polly greet Fledge again. And of course, when Lucy sees Mr. Tumnus. It’s so beautiful and I bawled while reading it because of how much hope and happiness there is, even at the end of Narnia and the rest of the world.

Because as the last sentence of the book says, this isn’t the end. It’s only the beginning.

“All their life in this world and all their adventures in Narnia had only been the cover and the title page: now at last they were beginning Chapter One of the Great Story which no one on earth has read: which goes on forever: in which every chapter is better than the one before.”

The Last Battle is not my favorite Narnia book. It might even be my least favorite because of the first half of the story and all the sadness and despair. But I love that despite all of that, it has such a hopeful, joyous end. 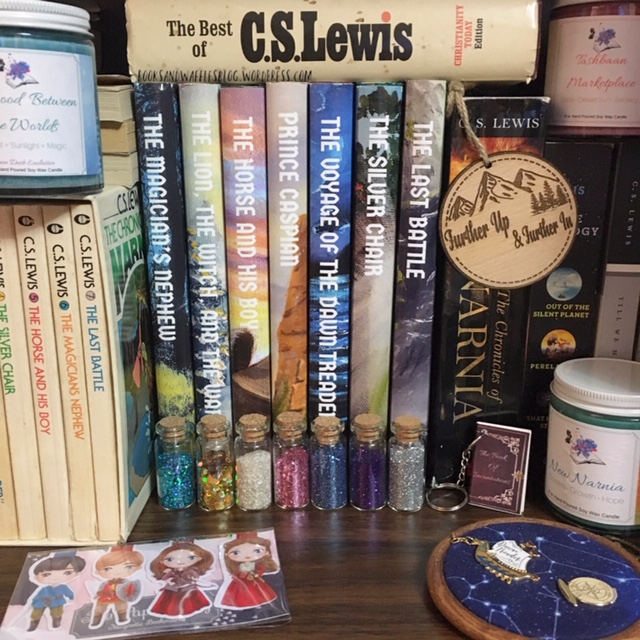 Narnia Reread Posts:
The Magician’s Nephew
The Lion, the Witch and the Wardrobe
The Horse and His Boy
Prince Caspian
The Voyage of the Dawn Treader
The Silver Chair

Follow Keeper of the Wood Between Worlds on WordPress.com
Join 312 other followers

Ladies Christmas Event at Church. 🎄
December calendar for work. I think my favorite is the cute reindeer buddy 🦌
80s movie character bowling party ✌🏻
Happy release day to Cursed by @marissameyerauthor !!!
Check out the cover for @authorcarolinegeorge’s next book release, Curses and Other Buried Things! 😍
November calendar doodles. My favorites are the mushrooms. They look like they’re dancing 😂✌🏻🍄
“It is time for the Scorpio Races. I am so, so alive.” 🐎
Happy Halloween from your favorite hobbit who drank a little too much of the Entwash ✌🏻🍄🎃
Happy Disappearance Day! ✨